Quite unusual Spring weather here along the Wasatch Front: cold and wet for nearly a month in May, including several late frost events which had me covering thousands of seedlings several and delaying planting for several weeks.

I thought I was being prudent and clever by waiting and waiting some more.

Then, just after I got nearly all of my tomato seedlings planted (about 2,000 of them), a freaky late frost came through one week ago (June 9th) and destroyed about 800 of the 1,100+ tomato seedlings which were already in the ground at the Carlisle Farm.  Brief video:

Here is what it looks like, with about 3,400′ of rows of tomato seedlings:

And snow-capped mountains in the background, including Lone Peak (11,260′ elevation).

This has lead to even more delays, as replacing those dead seedlings was no quick or easy task.  Although more than 2,000 tomato vines are in the ground and growing, seedlings for my giant tomato project and dwarf tomato project are still in 3-1/2″ pots and getting quite stressed.

But I did finally manage to get my (very stunted) giant pumpkin seedlings in the ground: 5 of them in about 500 square feet of space. Maybe I’ll find the time and motivation to kill squash bugs this year before they kill my pumpkin vines?

Lineages of these five pumpkin vines:

And predictably, I remain fascinated by the reproductive parts of a variety of plants: 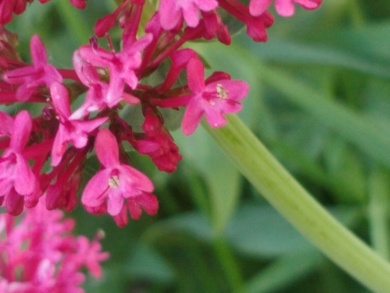 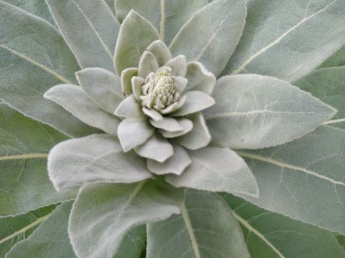 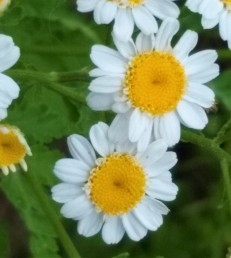 Really not so cruel and cold-hearted.  I just need to prepare better for contingencies.  It could be much worse: the severe flooding of many other parts of the country; drought; volcanic eruption blocking most sunlight; goats let loose to rampage like last year; curly top virus; and many other potential setbacks come to mind.  This is definitely not a cushy 9 to 5 job…

There remains much data entry and compilation to determine where we stand with tomato varieties which survived the frost.

Oops!  Above was written on June 16, 2019 but apparently I neglected to click on the “Publish” button.  So here it is, July 31st, and much of what I wrote is sort of obsolete.  But it may still be of interest.

The Carlisle tomato patch on July 3rd after t-post installation – 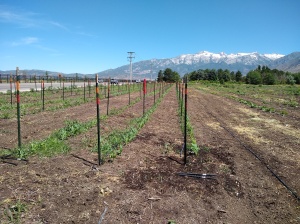 But now (photo taken July 29th), this is looking much more like a corn patch – very likely tomato production will be greatly reduced. 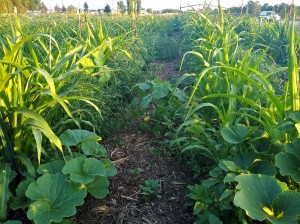 The first ripe tomatoes in this patch were Gold Nugget on July 29th.  Perhaps 80 tomato vines have been destroyed by curly top virus. 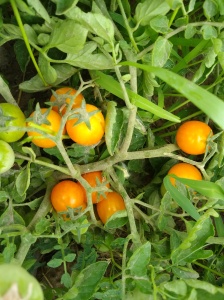 At my cousin’s tomato patch, where most of my seed saving plants are, weeds currently predominate and it’s looking like about 40% of the plants will not produce tomatoes due to a combination of factors:  poor soil (dense alkaline clay), problems with the drip hose (mostly fixed, but the system’s a mess…), late start, curly top virus (15-20% loss to date, with more succumbing almost every day), goats got out (7 of them, but I think I caught them in time and did repairs to their pen), and hot weather (6 days over 100° so far). 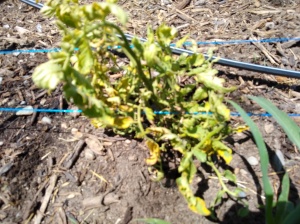 And this one’s a head-scratcher: old plastic bags to restrain goats?

Hopefully my repairs will hold through the growing season.

And here they are 33 days later, about 15 of them with fruit set:

Here is this year’s dwarf tomato project, transplanting completed on June 26th.  These are 7-gallon grow bags – 100 of them, though a few are not dwarf varieties. 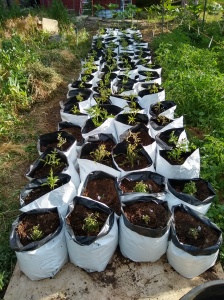 I reneged on my promise never to participate in farmers markets again.  Among the tasks of harvesting, cleaning and packaging produce, travel to and from, setup and breakdown, time at market (4-5 hours), and cleanup afterwords, we’re looking at 8-9 hours of time. 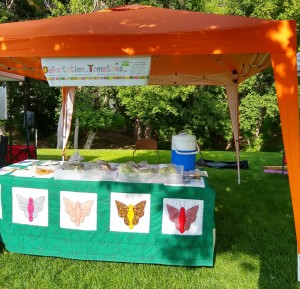 After 4 weeks, I think I’ve finally earned enough to pay for the canopy.  Maybe next week I will start bringing in enough to begin paying for gas, and then vendor fees…