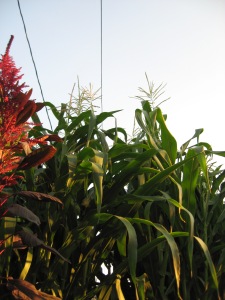 ** NOTE:  all pictures here and on other blog posts are Copyright © – Delectation of Tomatoes:  only pictures of produce I have grown are posted here; unfortunately not everyone shows this same respect for the efforts of others.

Amazing, almost unbelievable diversity and combination of colors – click on these miniature pictures to get the full effect: 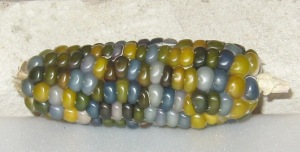 I’ve eaten Glass Gem corn at the “milk” stage and it tastes just fine, though a bit tougher than typical sweet corn.  Definitely better as popcorn or flint corn.  Or still on the cob as simply as an incredible holiday decoration!

Dakota Black Popcorn also grown in 2014 (though very small harvest) – beautiful in its own right: 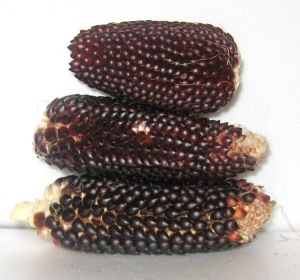 Tall Corn, grown for competition, these seeds (from 17′ stalks) were not planted until June 17th, grew to 10’5″, and kernels managed to mature just ahead of hard frost:

And still plenty of seeds from 2013 of an excellent variety of yellow sweet corn, Breeder’s Choice (this is an OP version in development, selected for many years in Utah, from a commercial hybrid) – very early, very productive and very tasty corn: 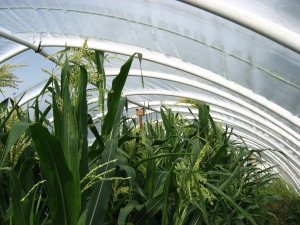 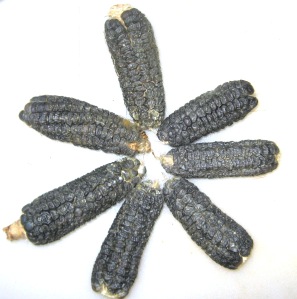 On another topic – already missing sun-ripened tomatoes, here’s the last of ripening tomatoes of the season, including a Homer’s German Oxheart, picked green six weeks ago, which made a perfectly good tomato sandwich!